I have never seen a Cornish hen before so as one can imagine, when I saw them neatly displayed on the supermarket shelf in the poultry section I was fascinated. What is this miniature chicken like creature? They are not quails… and then my mind blanked. What were the other small poultry animals again? They most certainly weren’t pigeons or doves. I picked one up and carefully inspected the label. “Cornish Hen” it said. Cornish Hen? Is that code for midget hen? Or is it an adolescent hen, the rebel teenager hens that have been banished to juvenile poultry farms.

I had to try this. I bought one, went home and promptly went online to see what my friend Wiki had to say.

“In the United States, a Cornish game hen, also sometimes called a Cornish hen, poussin, Rock Cornish hen, or simply Rock Cornish, is a hybrid chicken sold whole. Despite the name, it is not a game bird, but actually a type of domestic chicken. Though the bird is called a “hen”, it can be either male or female.” Wikipedia. Interesting. A hybrid chicken invented by a Jacques Makowsky of Connecticut.

I made a marinade with:

I gently separated the skin of the hen and rubbed the marinade thoroughly over the bird, filling in the gaps with generous amounts of fresh dill (4 tbsps chopped dill) and stuffed it with a quinoa and bean filling I had in the fridge.

I took a shallow pan and filled it with 2 cups of chicken stock, then placed the hen in the center with about a dozen red baby potatoes (since the theme seemed to be ‘miniature’).

I popped the hen in a preheated oven of 400 degrees F for 40 minutes.

So far everything about its cooking process seemed exactly like chicken. The real test as always, was in the flavour. While slicing it I felt like I was playing pretend “Thanksgiving” while slicing a miniature turkey. The size is so cute it just adds to the charm of the meal. The meat was so beautifully tender. As I bit into a piece I was thrilled to find so much flavour and juice nicely incorporated in the meat from its skin and bones. It was so easy to cook right, easily available, presents well and even light on the pocket. I was a Cornish hen convert.

Like they say, good things do come in small packages.

We’re at the peek of winter in Boston right now, and I am coming to realize that the word “cold” is highly subjective. Walking down our neighborhood, I sometimes come across people wearing what I’d seriously consider to be my late summer wardrobe! And then there are days when we get up in the morning to find the sun out in full bloom (like today) to realize its all just a big tease, because you step out of your warm cozy home to -6 degrees Celsius while poor Sunny boy is desperately trying to melt the snow off the sidewalks.

So the only right thing to do on cold winter days like these is to go back home and make some awesome winter food! Some of my favorites are hot chocolate and warm thick soups. But today the Indian in me pictured myself running through wheat fields in cutting cold Punjab (North India) to make hot hot parathas to keep me satisfyingly warm. So that’s is exactly what I did, well not exactly… but close.

Paratha has been around in the northern regions of India for centuries. Since there is even a Sanskrit word for it Wikipedia figured this dish must be pretty darn ancient. One has to wonder about all the weird dishes that probably got eliminated over the centuries, while the stronger ones survived the race through time and came to be known as classics. Paratha, in Indian food, is a king of classics.

It is a warm flatbread with a perfect balance of crispness and softness in its bite and chew. It is usually eaten with any curry or savory yogurt (raita), pickles and dals. The flour used to make the dough is often kneaded with water or milk and ghee (clarified butter), oil or regular butter, so the flavour is almost all in the process.  There are many processes and types of parathas not just from North India but also from all over South Asia. My husbands favour paratha is a stuffed paneer (cottage cheese) paratha. Mine is lachha paratha, which is a beautiful plain flakey paratha. So lachha paratha it was!

I got home and learnt how to make lachha paratha from Priyanka Panigrahi. Sweet Priyanka has an awesome youtube video. After watching a few videos her technique seemed to be the best, and was actually pretty easy so don’t feel intimidated by the procedure if you haven’t made flat bread before.

We ate our parathaS with chicken curry and our now hibernating for the rest of winter a.k.a. stuffed.

Warning: It is a heavy meal/bread and you CANNOT stop at just one.

The fascinating thing about nature from a visual perspective is how it out does us humans when it comes to creativity. If you look at how stunning the microscopic view of a snowflake is, or the texture of an old banyan bark, or the northern lights it is no wonder nature is one of the biggest inspirations for artists.

Food, being a part of nature, is no exception. Food photographers, stylists and even chef couldn’t agree with me more. We are often distracted by the smell and taste of food which are of course its dominant features, but if you stop and look for a second before you take your next bite you will be amazed to see how dynamic and intricate the patterns and textures can be.

Below are a few images I have worked on using food textures to express colours and patterns on silhouettes of birds.

Chow Down the Chowder

Chowder is most definitely on the list of best comfort foods, yet it is so simple, quick and adaptable to make.

Of course, mo’s first taste of chowder was in The United states, and of course, it was indeed clam chowder. Chowder is more often than not made with clams or any other seafood depending on the season and region. It is, to mo, a witch’s quick brew of culinary ecstasy. It is a rich stew made from pork fat, fish stock, cream or milk and sometimes further thickened with flour. The main ingredient being seafood of personal choice is usually accompanied with diced potatoes, onions and/or other vegetables and garnished with parsley. The beauty of chowder is how it is merely a bowl of soup of substantially great nutritional value and yet, a gourmet-ish bowl of seafood delight enhanced further by complimentary ingredients hence simple and yet, simply delicious at the same time. So why do people, other than perhaps the people of New England, not make chowder more often? We do not know the answer to many things now days but what we do know is that there aren’t that many things more comforting than this warm silken bowl of marine flavoured hearty fatness. 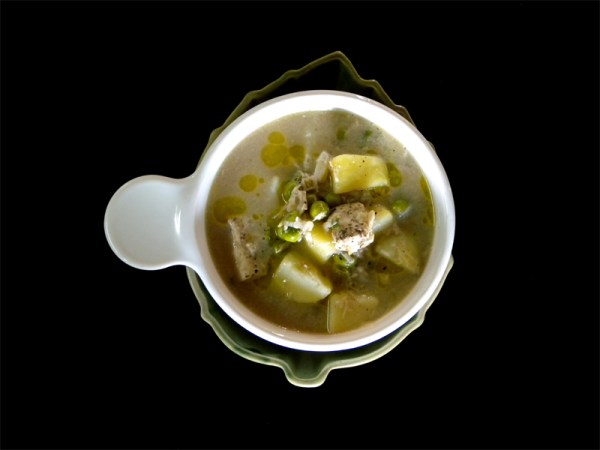 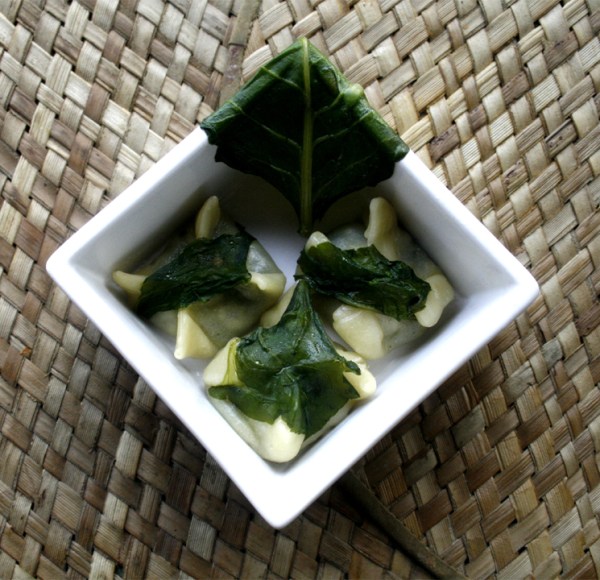 All things Tibetan have captivated mo for many years. It started stereotypically with Buddhism. Mo being particularly fond of the laid back, chilled out and almost stoner attitude of the bodhisattva (blasphemy to some, captivating to others) was quite taken by not just their philosophy but by their culture as well.  The Tibetan culture is strange and wonderful in countless ways much like their food.

So with that thought, off mo went on a particularly rainy monsoon to work with Frances Fox’s remarkable Art Refuge Program for the Tibetan kids in McLeod Ganj, Dharamsala.

The first thing mo did after the long 12 hour local bus journey to McLeod Ganj was stop at a street stall for momo. What she saw and tried for the first time were potato momo’s with a head rushing spicy chilli sauce. There were these little roadside steamers with batches of squash ball sized momo’s served in a packet with a bright red sauce. Mo, famished and exhausted from her rather abstract journey hurriedly bit into her first momo which instantly lead her to slow down, almost stop with the sense of surprise, confusion, enjoyment, reflection and awe quite in that order whilst she realized the potato filling of the momo was not how one would imagine it to taste like, stopping to wonder actually how one would imagine it to taste like, but quickly distracted by the warm juicy condensate with the soft texture of the potato and the occasional zesty burst from the onions and spices only to realize the filling was bizarrely similar to the potato filling made for samosa’s.  The wrap was also quite different from what one is usually used to. It was a lot doughier like a very thin pita in the shape of a sac. And the sauce, the sauce the sauce, it made her cry happy tears of chilli gastronomic joy and went just perfectly with the potato momo. Mo’s momo addiction had commenced.

One of the most frequently seen momo’s in the Tibetan exile regions of India and Nepal, are potato momo’s. It is a brilliant adaptation to the Indian potato samosa.

Momo’s, originally from Tibet are also very popular in South Asia. They are quite different from the Chinese wontons and tend to be more similar to Mongolian Buuz or Central Asian manti perhaps.

Momos are made with white flour-and-water dough and the Tibetans’ often put a little yeast to form a more ‘doughy’ texture. Typically, the authentic filling is a succulent minced yak meat mixed with a varied combination of onions, garlic, coriander and cumin. But momo’s have adapted well to all kinds of red and white meats. Vegetarian momo’s are increasingly common in India and Nepal and have become a rather popular street food in many parts of their regions. They are usually accompanied with chilli sauce and although steaming is the most popular method of cooking them they are also pan-fried or deep-fried to cater to various tastes.

An interesting and rather tasty momo targeting tourists in Nepal are snickers or mars bar momo’s. This is what is so lovely about momo, how one can play around with the general concept to suit your taste or just try new things.

So thank you to our Tibetan friends for partaking with the world of Buddhism and momo’s, both strangely and wonderfully blissful in their own way! 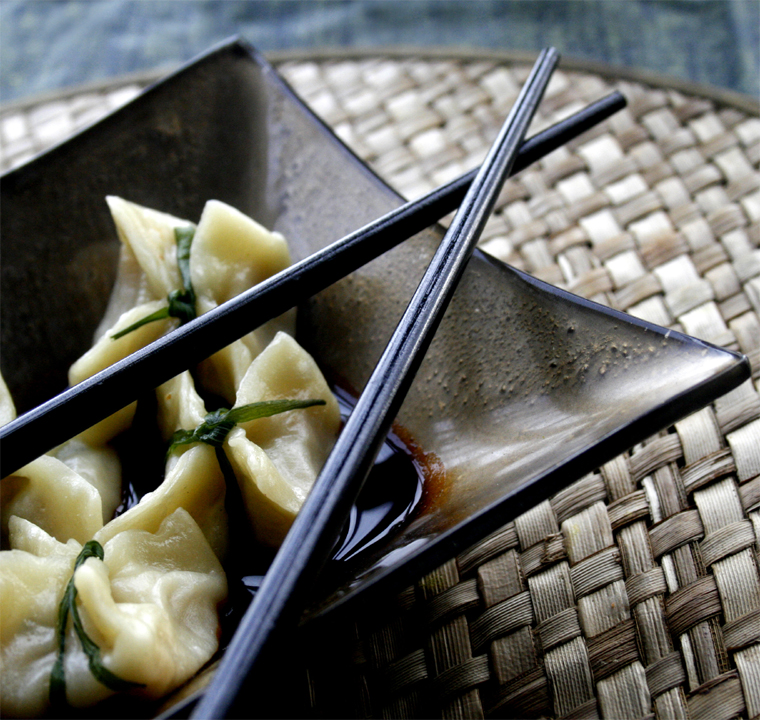